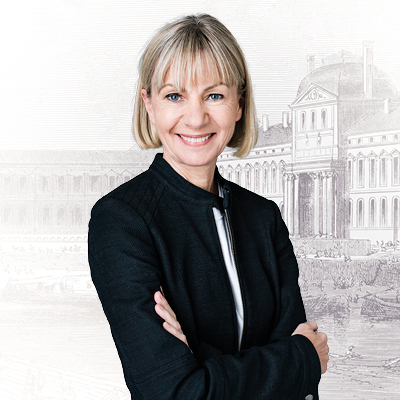 We are partnering with some of the country’s top regional theatres and independent bookshops. The ‘book and ticket’ package includes a unique ticket for the live stream and a copy of The City of Tears, worth £20, deliverable to any UK address.

The event will initially be broadcast on 20 January at 18:30 UK time. It will be available to view up to 7 days after the event has ended and can be accessed Worldwide.

To celebrate the global English language publication of The City of Tears, the second in Kate's No 1 international bestselling The Burning Chambers series, pull up a front row seat for an evening of conversation, history, women's voices, adventure and the joy of great storytelling.

A follow up to her No 1 bestseller, The Burning Chambers, The City of Tears is the second thrilling historical epic in The Burning Chambers series. Set in the 16th century and travelling from Languedoc to Northern France to exile in the Netherlands, the novel sees the Joubert family caught up in the St Bartholomew’s Day Massacre in Paris in 1572 and being forced to flee to the 'city of tears' itself, Amsterdam.  A story of a family feud, of the dark shadows of history and religious war, of the quest for a missing relic, of forbidden love and the tragedy of a lost child, in a world thrown into turmoil, courage will be their greatest weapon.

Kate Mosse is a novelist, playwright and non-fiction writer. The author of four plays, four works of non fiction and eight novels and short-story collections – including the multimillion-selling Languedoc Trilogy (Labyrinth, Sepulchre and Citadel) - her books have sold more than 8 million copies worldwide, been translated into thirty-seven languages and published in more than forty countries. Her stage adaptation of her Gothic thriller The Taxidermist's Daughter will receive its world premiere at Chichester Festival Theatre in 2021 and she is working on a historical television series inspired by her own family history. She is the Founder Director of the Women’s Prize for Fiction, which celebrated its 25th anniversary in 2020.

One night, Ella Risbridger found herself lying on her kitchen floor, wondering if she would ever get up. It was the thought of a chicken – of roasting it, and of eating it – that got her to her feet and made her want t...
BOOK NOW
See more –›
Click here

Motivated by protecting the planet for her ten grand-children, Nancy Birtwhistle decided to change how she used plastic, single-use products and harmful chemicals in her home.Sharing her tips online, she amassed a...
BOOK NOW
See more –›
Click here

To celebrate the global English language publication of The City of Tears, the second in Kate's No 1 international bestselling The Burning Chambers series, pull up a front row seat for an evening of c...
BOOK NOW
See more –›
Click here

In 2020, we have seen clearer than ever that Black people are still fighting for the right to be judged by the content of their character, and not the colour of their skin.In her new book This Is Why I Resist, Dr ...
BOOK NOW
See more –›
Click here

What will happen when two families from very different social classes are joined together by an unexpected pregnancy?Longlisted for the Women’s Prize for Fiction, Jacqueline Woodson’s Red at the Bone
BOOK NOW
See more –›
Click here

How do you find hope, and even joy, in a world that is racist, sexist and facing climate crisis? How do you prepare your children for it, but also fill them with all the boundlessness and eccentricity that they deserve and that life has to offer?
BOOK NOW
See more –›
Click here

Julia Quinn is the talk of the town.Her bestselling Bridgerton books, the first being The Duke and I, have recently been adapted into a Netflix original series by Shondaland Media and is currently the platf...
BOOK NOW
See more –›
Click here

Thirteen years into her career, Stacey Dooley has firmly established herself as one of Britain's most celebrated presenters through her hugely popular investigative series. She has produced an array of social-issue t...
BOOK NOW
See more –›